About the Colorado Basin Roundtable

The Colorado Basin Roundtable is a group of water managers and stakeholders charged with water planning for the main-stem Colorado River Basin within Colorado. It is one of nine basin roundtables in Colorado created by the state legislature in 2005 in the Water for the 21 st Century Act. In 2015, as part of a statewide initiative to develop Colorado’s Water Plan, the Colorado Basin Roundtable completed its own Basin Implementation Plan to address water needs within the basin. The basin roundtable also allocates grant funding to address the region’s water challenges.

Our members include people from agriculture, domestic water providers, environmental and recreation entities, and interested citizens. Our goals are to protect, conserve and develop water supplies within the Colorado Basin and the Western Slope of Colorado for future needs. 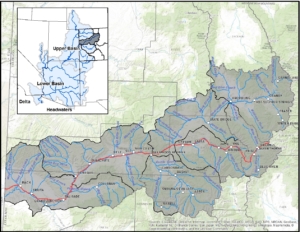 The Colorado River Basin (Basin) encompasses approximately 9,830 square miles. It is among the largest watersheds in the state. The six counties within the Basin (Grand, Summit, Routt, Gunnison, Eagle, Pitkin, Garfield, and Mesa) have vastly different topography, climate conditions, land use characteristics, population growth, economic base and geology. All of these factors impact our water needs and the amount of water available in our streams, rivers, lakes and groundwater.

There is no certainty regarding the future climate of the Basin, except that normal climate variability, changes in average winter and summer temperatures, and increasing extremes due to climate change will continue to challenge the state in the 21st century. Due to the lack of certainty regarding future water availability it is difficult to plan for future growth and current needs based on hypothetically available water left to be developed within the Basin. As such the CBRT has taken the position that the reliance on a future TMD to meet the needs of other basins is not sound and should be undertaken only as a tool of last resort.

The Colorado Basin Roundtable (CBRT) envisions a Colorado River basin that is home to thriving communities benefiting from vibrant, healthy rivers and outstanding water quality that provides for all of the Colorado Basin’s needs. We acknowledge the interdependence of the varied Basin water users. Protecting the water and river flows that will ensure the future for all of us is a high priority. We also recognize that the influence of historic drought patterns, the uncertainty of climate change, population growth, energy development and Compact compliance are interwoven within this vision.

We are prepared to work together to solve the Basin’s challenges, including opposing future transmountain diversions (TMD) particularly those that lack proper input from Western Slope entities. Our values reflect not only the Colorado Basin, but the values of Coloradans statewide. 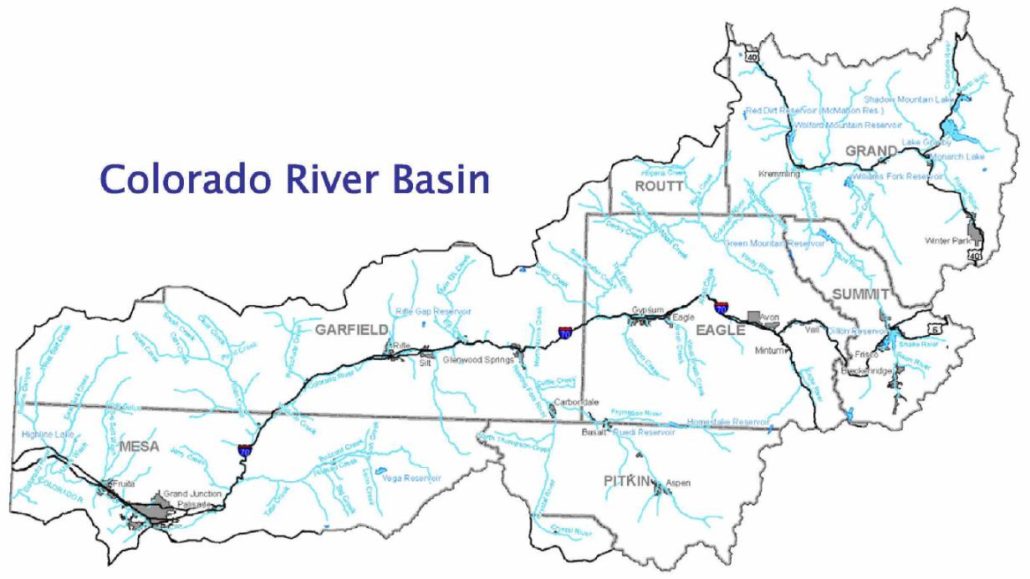 The Other Eight Colorado Basin Roundtables