Because of the large open spaces and low population present in the State Bridge Region, there are numerous areas being studied for identification as holding Outstandingly Remarkable Values (ORV) as part of the BLM and White River National Forest (WRNF) Wild & Scenic suitability assessment. The upper Colorado River and Deep Creek areas within this region are currently being studied for consideration for inclusion into the Wild and Scenic Rivers Act. Eligibility and suitability studies are currently finished. Deep Creek segments have been recommended as ‘Suitable’ as of February 2014 and are currently in public comment/objector phase prior to final Record of Decision (ROD) by WRNF and BLM. Colorado River segments were found Suitable, but an official Suitability recommendation will be delayed pending acceptance of the Wild & Scenic Stakeholder Group’s Alternative Management Plan as the Preferred Alternative for the BLM’s 2014 updated Resource Management Plan. The Alternative Management Plan seeks to protect ORVs, but defers an official Suitability recommendation which might restrict the flexibility of water management options by upstream and downstream stakeholders (Hoblitzell and Loff, 2014).

The largest identified threats to this region are the ongoing TMDs and associated reservoir operation schedules upstream in Summit and Grand Counties. The TMDs reduce needed flushing flows along the mainstem of the Colorado and dilution flows throughout the year which help keep the water temperature low to maintain existing ecosystems. The proposed Wolcott Reservoir, if built, could have a dramatic impact on this region. Wolcott Reservoir would be filled in part through water pumped from the Colorado River in the State Bridge Region.

The Colorado River Restoration & Conservation Project (CRRCP) is focused on identifying and implementing restoration and conservation projects on the Upper Colorado River reach in Eagle County. As part of the effort, the Eagle River Watershed Council (ERWC) has embarked on a “Colorado River Inventory and Assessment” (CRIA) to close the gap on the lack of research for this reach. Currently in final review, the CRIA provides important information on the primary natural and human drivers of the river ecosystem’s current state, and its potential future direction. The CRIA includes baseline information on aquatic and terrestrial communities in the mainstem Colorado River and select perennial tributaries, as well as reviewing threats and opportunities arising from river management upstream and downstream of the State Bridge Region. Sections of the report with special relevance to the Colorado BIP include preliminary quantification of nonconsumptive needs for habitat maintenance in the State Bridge Region via hydrologic alteration and flushing flows analyses. 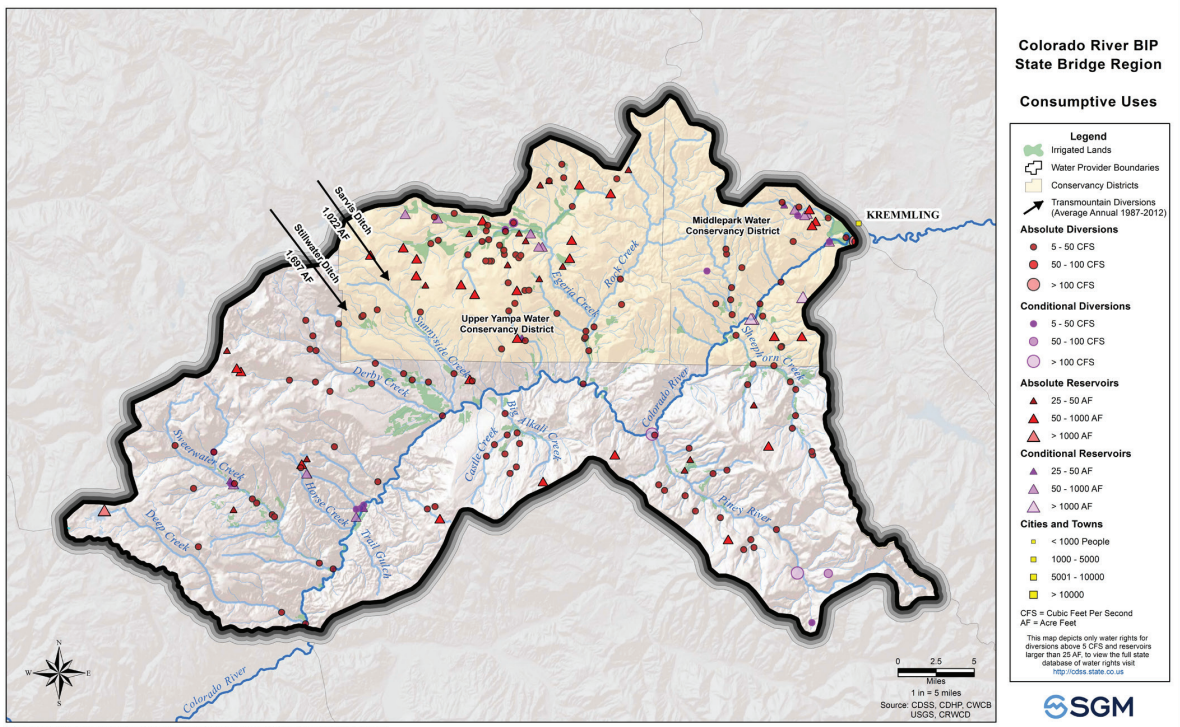 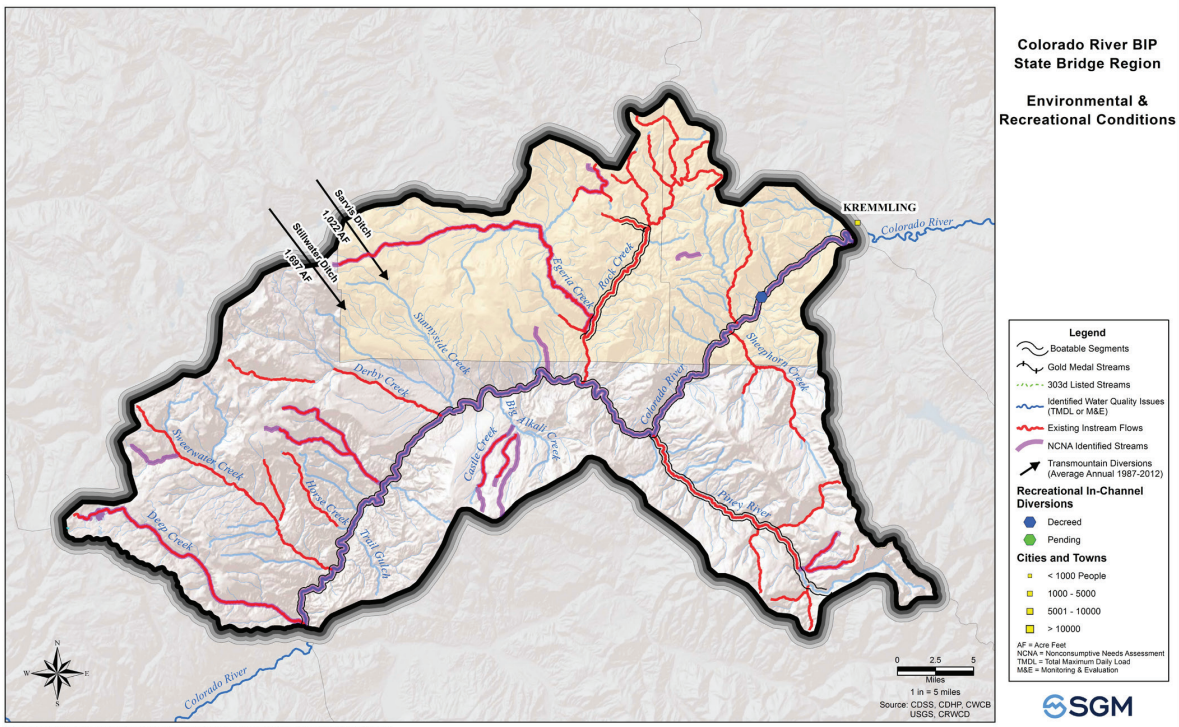