The Middle Colorado Region includes the mainstem Colorado River from the Eagle/Garfield County line at the head of Glenwood Canyon to the confluence of Roan Creek at the Town of De Beque. Some of the smaller tributaries include No Name, Grizzly Creek, Canyon Creek, Divide Creek, Rifle Creek, Garfield Creek, Mamm Creek, Parachute Creek, and Roan Creek. Several communities are located along the Colorado River and include Glenwood Springs, New Castle, Silt, Rifle, Parachute, Battlement Mesa, and De Beque.

The Middle Colorado Region is also characterized by the ongoing natural gas drilling and potentially marketable oil shale formations. It contains more natural gas wells than any region in the state outside of Weld County. In the past, this region was also subject to significant conditional water rights filed by energy concerns for a future oil shale industry. One of the largest oil shale reserves in the world is located within the Middle Colorado Region. For many years, oil companies have tried to extract the oil from this hard rock but have yet to find a cost-effective method. Several research and development operations are ongoing in the region and surrounding areas to find the key to unlocking this valuable resource. If development of oil shale becomes a viable industry, water use will increase.

The Middle Colorado Region has just recently emerged as an identifiable reach of the Colorado River through the efforts of the Middle Colorado Watershed Council (MCWC) (MCWC, 2014). The MCWC is in the process of creating a watershed plan that will identify opportunities and plans for protecting and enhancing the health of the watershed.

As part of this planning effort, the MCWC is currently assessing existing water quality issues. The Colorado River through this reach is a direct source of drinking water for the Town of New Castle (redundant supply with Elk Creek), Town of Silt, City of Rifle, Parachute, Battlement Mesa and De Beque. This reach is impacted by all Colorado River Basin headwater TMDs which take high quality clean water, leaving less water and lower flows to help dilute the poorer quality water downstream. Concentrations of salinity, selenium, hardness, total dissolved solids, iron and manganese are examples of potential water quality concerns through this reach. Additional concerns include emerging contaminants and endocrine disruptors; however, limited water quality data has been collected to understand the trends. The City of Rifle, in particular, has experienced the significant impacts of water quality concerns and is currently in the process of building a new surface water drinking water plant using Colorado River water. The expense of this new plant has significantly increased water rates for the citizens of the City of Rifle.

The Endangered Species Act designation of critical habitat for three of the T&E listed fish species extends upstream on the Colorado River mainstem from the 15-Mile Reach in Mesa County to the main Rifle I-70 Bridge. This designation has resulted in more stringent discharge permit standards for wastewater treatment discharges. This same reach of river is also home to three native fish species of concern: the roundtail chub, bluehead sucker, and flannelmouth sucker. Management actions are needed to ensure that populations of these species do not decline to the point requiring a T&E listing.

One of the region’s most important needs is to protect water quality and riparian habitat along the Colorado River. Plans matching future land use with restoration needs for the numerous abandoned and existing gravel pits should be developed to provide comprehensive standards focusing on restoration of riparian habitat; this is an element that will be addressed through watershed planning efforts. Finally, this region may experience uncertainty with regards to water supply because of the potential oil shale industry development and the significant amount of conditional water rights which, if developed, may impact the priority of other water rights in the Colorado Basin. 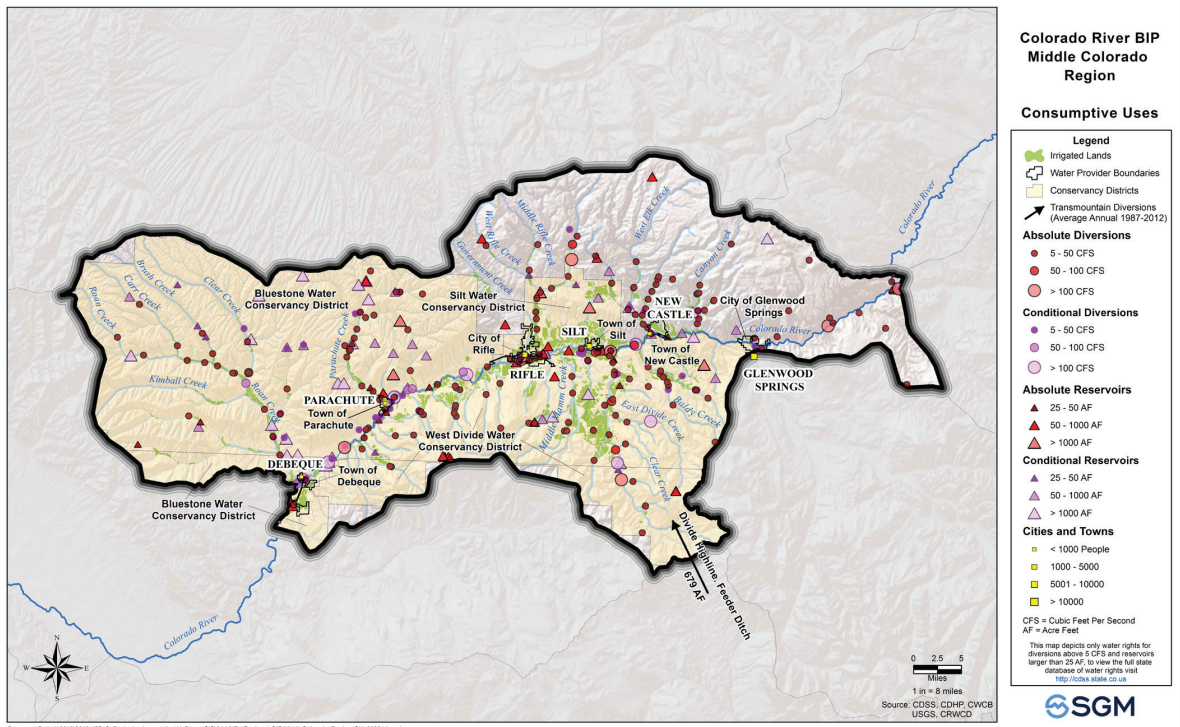 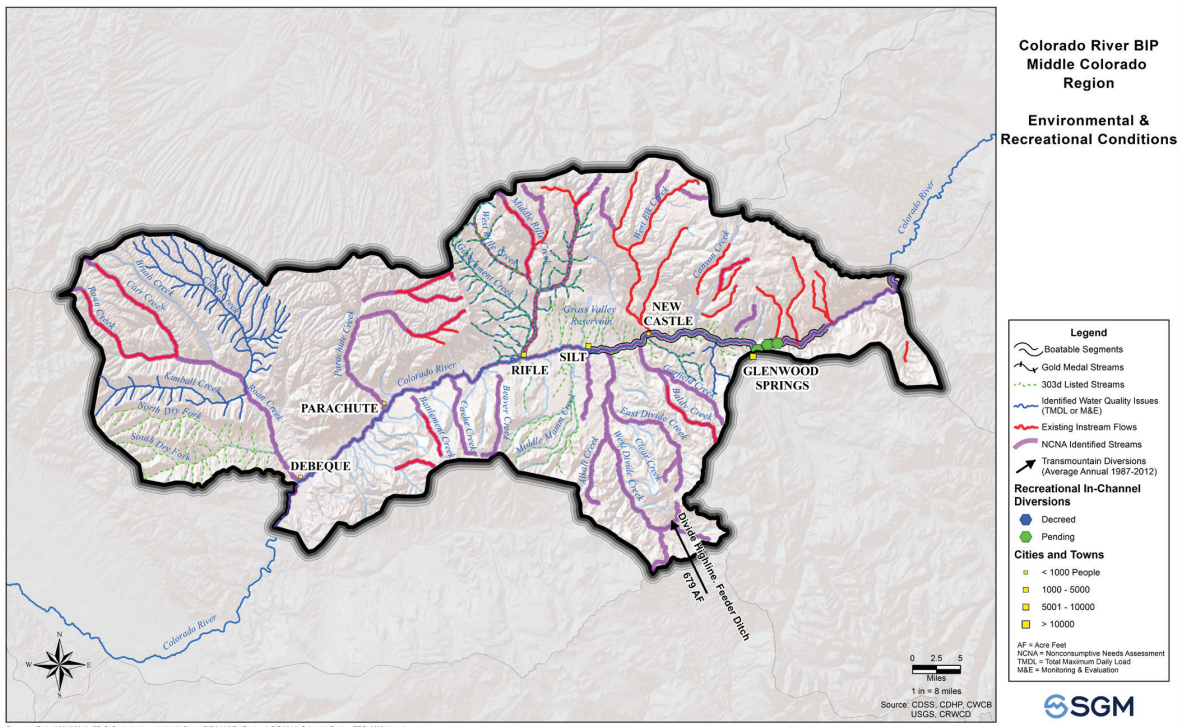